While gender confirmation surgery is rising in popularity as time goes by, it is still not for everyone. People with gender dysphoria will require various degrees of intervention to get to a point where they can live comfortably. Gender reassignment surgery is often the last step in gender confirmation, and it is irreversible in most cases, so it is important that you are absolutely sure about your choice before proceeding.

The World Professional Association for Transgender Health provides international guidelines for gender confirmation surgery; these are as follows:

The Seriousness of Gender Dysphoria

While there are some concerns about the permanence and emotional impact of some gender-confirming surgeries, for example, facial feminization surgery or genital surgeries, there is absolutely no denying that gender confirmation surgery is medically necessary for some patients with gender dysphoria.

Most people who end up undergoing this type of surgery tend to be happy following their surgery, but it is important to remember that surgery will not solve all of your problems. Some transgender individuals put so much into surgery that they are disappointed that they are not 100% happy with their body or their social circumstances following surgery.

Attending counseling can greatly reduce the risk of this happening.

Social Transition Prior to Surgery

Transitioning socially is extremely important prior to sex-change surgery because it helps to psychologically prepare a patient for what it will be like to live exclusively as their gender identity. It also helps the patient to understand the gravity of such a commitment. Imagining what something will be like and actually living it are not the same, and it is important that patients understand this.

Living your life openly transgender shows the medical team that there is a real commitment from this transgender person. If someone is not willing to live as their gender identity in a certain aspect of their lives, then how will they manage after a sex reassignment procedure? In such a case, a sex change surgery is likely to increase anxiety rather than relieve it.

Sex reassignment surgery is a blanket term that covers a significant amount of different surgeries that serve to alter the appearance of stereotypical biological sex characteristics. It is mostly aimed at secondary sexual characteristics but can also involve other areas of the body. For example, facial feminization surgery is considered a gender confirmation surgery. It is not always reserved for obvious things like breast augmentation for trans women or removal of breast tissue and chest reconstruction in transgender men.

The most extreme form of sex reassignment surgery is genital surgery. It involves surgery directly on the sex organs that change their appearance by removing and altering certain parts. This will result in an inability to biologically reproduce following the sex-change surgery. While some transgender people do undergo surgical treatment to this extent, the vast majority of transgender people do not go this far in their gender confirmation journey as they find other surgeries to be satisfactory for their individual needs.

The Impact of Sex Hormones on Surgery Outcomes

Many surgeons will expect transgender people to have maintained hormone therapy for at least 12 months before surgery. This is because taking cross-sex hormones changes a person's appearance quite drastically, and attempting surgery before these hormonal changes are complete can have unexpected and unsightly consequences as hormone therapy-related changes progress.

If a person undergoes a sex change surgery before they try hormone treatments, then it might not be possible for them to start hormone treatments after surgery due to expected changes to the body. For these reasons, most medical professionals will not attempt surgery on a trans person before hormone treatment changes are complete.

Any surgery would involve some risk of complications. Things like tissue damage, blood clots, infections, bleeding, or changes in sensation are all common complications. Gender-specific surgical complications can include difficulty achieving sexual pleasure or orgasm and difficulty going to the toilet.

Some serious complications can also occur that might lead to a need for a transgender person to undergo aesthetic procedures to correct their physical appearance following these complications, such as nipple necrosis following a bilateral mastectomy or breast augmentation procedures.

There are a lot of complications that can arise from gender reassignment surgery, and it is important that transgender people know what these complications can be, do everything they can to reduce their risks (such as quitting smoking and keeping wounds clean, etc.), and know what to do should complications arise.

A medical transition can be a painful and frightening experience but is medically necessary and not just a desired treatment for some members of the transgender community. It is important that the individuals receive adequate care and support after their sex-change surgery.

The individual undergoing the surgery will enjoy living their life congruent to their gender identity. This relieves mental stress considerably. Being able to live congruently to your gender identity to a satisfactory degree will greatly increase your psychological happiness.

Psychological improvements will lower the level of anxiety and depression in the patient, which can also lead to fewer panic attacks if this is a problem that the patient has. SRS helps a patient to achieve a physical appearance that is more suited to their gender identity.

If a patient does not want to undergo surgery locally, they can also try out medical tourism as there are a few noted destinations that are rising in popularity and offer more affordable options.

People who have undergone sex-change surgery experience lower degrees of gender dysphoria, and being less gender dysphoric enables a patient to focus more on other important aspects of their life.

They also get to experience a sexual life more akin to their actual gender. It allows trans men to feel masculine and trans women to feel feminine. It also brings attention to the transgender community and raises awareness for transgender people.

While sex reassignment surgery is an ideal goal for many people who struggle with their gender identity, it does not solve all problems and, in some cases, can lead to other problems in the person's life.

The one major con that tends to stand out for most people is that someone who undergoes sex reassignment surgery is not able to reproduce after surgery. Hematoma associated with these surgeries is common, and in extreme cases, a hematoma can permanently change a person's appearance.

There can be lifestyle and dietary changes involved, sometimes for six weeks, but on rare occasions, permanent changes are necessary. The physical changes can have unexpected psychological implications for some people. While you may expect a positive change, it is not guaranteed.

There can be severe complications to some surgeries that can cause permanent disfigurement due to the nature of some of the surgeries. A sex-change operation sometimes leads people to believe in the concept of the "opposite sex", which is not quite accurate as it creates a binary view of gender.

Things to Discuss with your Surgeon about Gender Affirming Surgery

In addition to discussing the pros and cons with your doctor, you should also try to ask the following questions so that you can get a clear picture of what to expect. Please note that this list is not all-inclusive, and there may be other questions that you can add to this list.

The topic of transgender children is still somewhat controversial, and at this time, it is not possible for a child to undergo a sex-change surgery. However, children diagnosed with gender dysphoria can receive support treatments to help them express their gender.

In some cases, children might even start taking hormones in the form of puberty blockers in order to allow them time to decide whether they want to transition and receive further medical treatment to live as their desired gender.

Failure to support children who have gender identity issues can lead to serious mental health problems later in life. Self-harm and suicide attempts are common when children feel like they are in the wrong body but are not allowed to express their identified gender.

Unfortunately, the media tends to showcase sex-change surgery in a very inaccurate and sensationalized fashion. The focus is almost always on the trans woman and male to female surgery. They also create confusion over sexual orientation and gender identity. These two concepts are unrelated, but the media likes to put them in the same basket.

Institutions like the American Psychiatric Association have specific rules about terminology used to speak about sex-change surgery and transgender individuals. There are even rules related to terms like "male to female" in that it must be used sparingly because it creates expectations around binary sexuality. How we speak about transgender people and issues like a sex change operation is essential because it can shape how the media represents these things.

What is Medical Tourism?

This is a concept that involves an individual traveling to another country for a surgical procedure. This is most common in the transgender community or among people seeking cosmetic procedures.

Medical tourism rising in popularity is largely due to the cost of some of these surgeries but also the laws in some countries. People might travel for surgery either because the surgery is more affordable in another country or because something like a sex change is illegal in a specific country.

An example of these practices is that many people who to specifically transition from male to female will travel to Thailand. The country is famous for their male to female sex change surgeries, and this draws many potential patients to Thai hospitals.

Deciding to undergo surgery to better express one's gender is a major decision to make and not something that the transgender or medical community takes very seriously. It is essential that individuals who are considering this option understand both sides of the coin, the good and the bad and that their expectations are realistic.

Free Assistance
Pay Direct to the Hospital,
No Markups.
Thank you!
Your submission has been received!
Oops! Something went wrong while submitting the form.

You might be interested in these resources:
Phalloplasty Results and InfoMTF Bottom Surgery ProcedureLearn more about SRS PPV procedure
RECENT ARticles 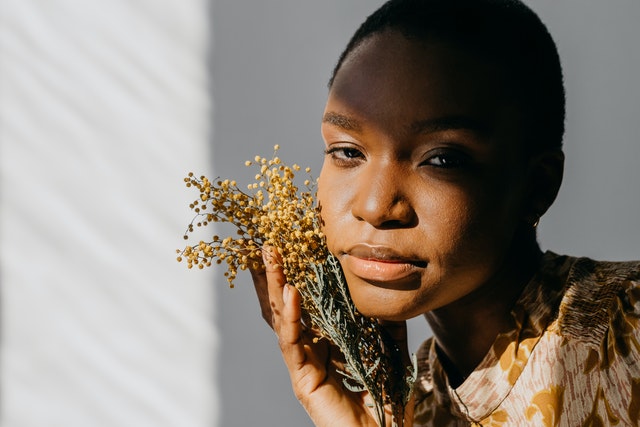